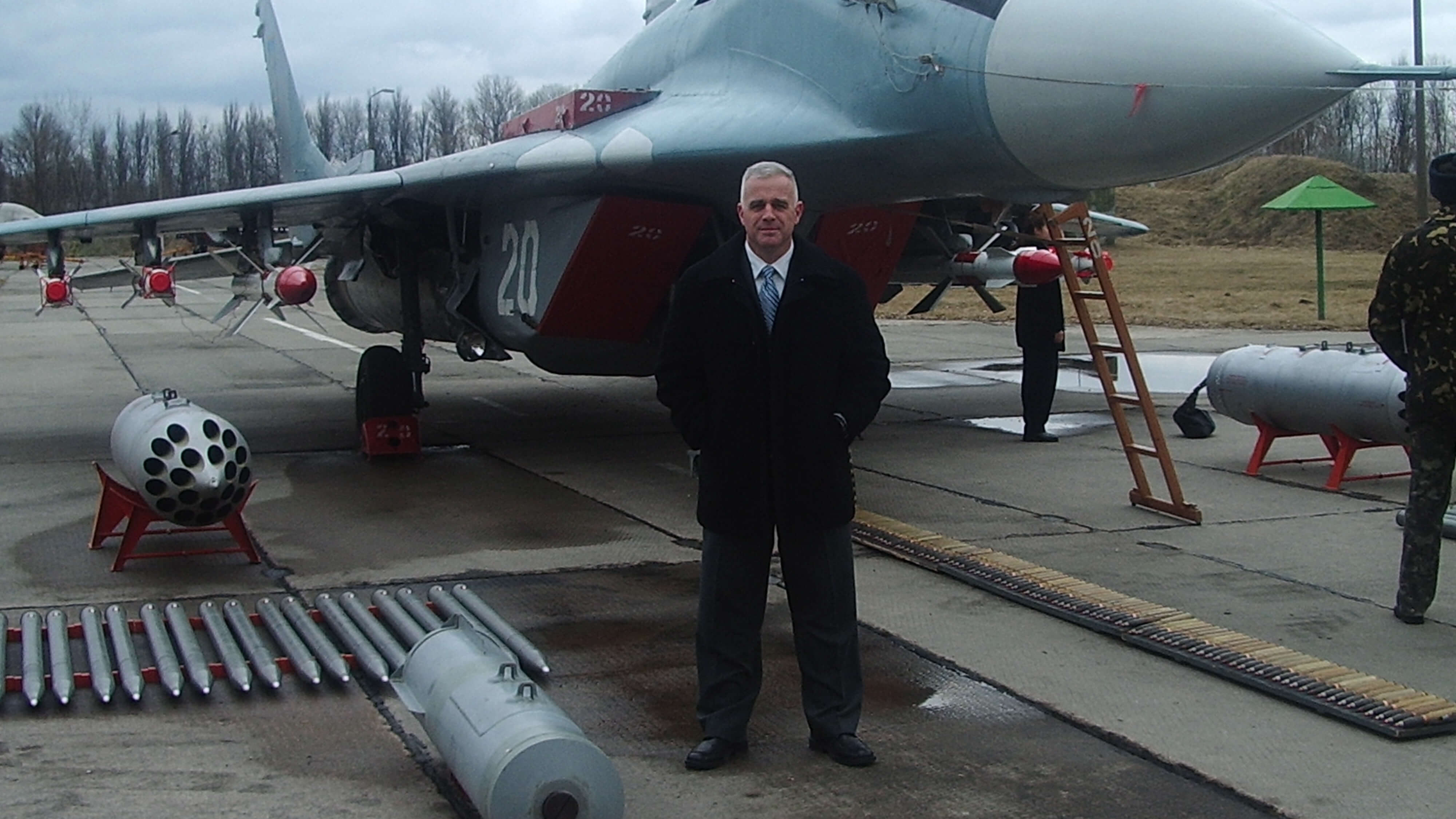 The aviator, hockey coach, and our beloved Founder and President
Nate Hughes
,
November 8, 2022

Mark Butler was a hockey man. He’d want that on the record. He was born to it and played his entire life. He taught and coached his sons, Drew and Zack — and many others. Once he started coaching, he never stopped. And the teams he coached won. He even converted his wife, Lori, to an avid fan of the sport — though she is more of a fan of the local Capitals than his beloved Bruins.

There was always love and pride in his eyes when he spoke, often, of his wife and sons — now young men. And he was prolific in posting pictures of his dogs to the #pets slack channel at work. But he was astonishingly modest about his 26 years of service as a U.S. Marine Corps Officer, Naval Aviator, and combat veteran — or his subsequent, nearly decade-long entrepreneurial journey building a venture capital-backed software company. Although, admittedly, you couldn’t miss his Naval Academy roots once a year during the annual Army-Navy football game between the rival academies.

Mark loved to fly. He’d make the usual jokes about no longer being allowed in the cockpit and being put behind a desk but you knew. You knew it wasn’t just a job he did or even something in which he took quiet pride — and it was always quiet pride with Mark. He loved it. And he missed it.

His call sign was “Butts.” His aircraft was the Marine Corps’ AV-8B Harrier, a vertical takeoff and landing attack fighter that is particularly difficult to master. Which is another thing about Mark — disciplined, proficient, professionalism in anything and everything he did — fly, play, coach, or build a company. You see it in his favorite inspirational quote from Seneca: “I will look upon death or upon a comedy with the same expression of countenance” – a testament to his pursuit of a balanced life and mindset, and a bias toward action.

He was an operational test pilot, flew in combat, commanded a squadron, and drew up the requirements for the Harrier’s replacement.

And if you left it to Mark, that’s the story.

But he continued to be combat effective, as the Marines say, and relevant in the current fight — including standing up a forward headquarters in the Middle East for the Marine Corps and then the Marines’ component of the new U.S. Cyber Command known as MARFORCYBER, where he served as the first Deputy Commander. Mark would tell you he flew. But he was also a builder — of a family, of Marines, of hockey teams, and of a company.

When he retired as a Colonel, he could have settled into a comfortable retirement flying passengers for one of the big airlines — or a very comfortable one with one of the big defense prime contractors. More time to focus on hockey. Instead he founded a national security-focused software company determined to do things differently, Second Front Systems. You see, in addition to being a leader, Mark was an engineer, a technologist, and a businessman. Although, of course, Mark would regularly sit down with prospective business partners and investors — where his career, his experience, and his credentials were of the utmost relevance — and tell them that he coached hockey or used to fly airplanes.

Mark built that company anyway. As President, he won and administered government contracts, maintained a sharp budgetary pencil, raised venture capital, and knew the technology inside and out. But he’d still work, read, and study in the evenings and on the weekends. He was invariably the most prepared person in the room.

But it was clear that his real passion at work, as everywhere else in his life, was people. His people. He was approachable and accessible to everyone at the company, no matter how large it got. He was thoughtful and kind with his time and energy. He also steadfastly refused to let someone else get the mail.

For those that knew him, you saw it in his eyes, his smile, and his laughter — easy, disarming, reassuring, and always genuine sincerity. And that’s it. Mark was a greater man than he’d ever admit. But the fullest measure of Mark’s life is that he was a good man.

He died Wednesday, May 25, 2022 of a brief and sudden illness. Beloved husband of 28 years to Lori Butler; devoted father of Drew and Zack Butler; cherished son of Gail and Robert Butler; loving brother of Karen Madden, Susan Reno (Arthur) and Stephen Butler (Gail); and dear brother-in-law and uncle. Interment at Arlington National Cemetery will be held at a later date.