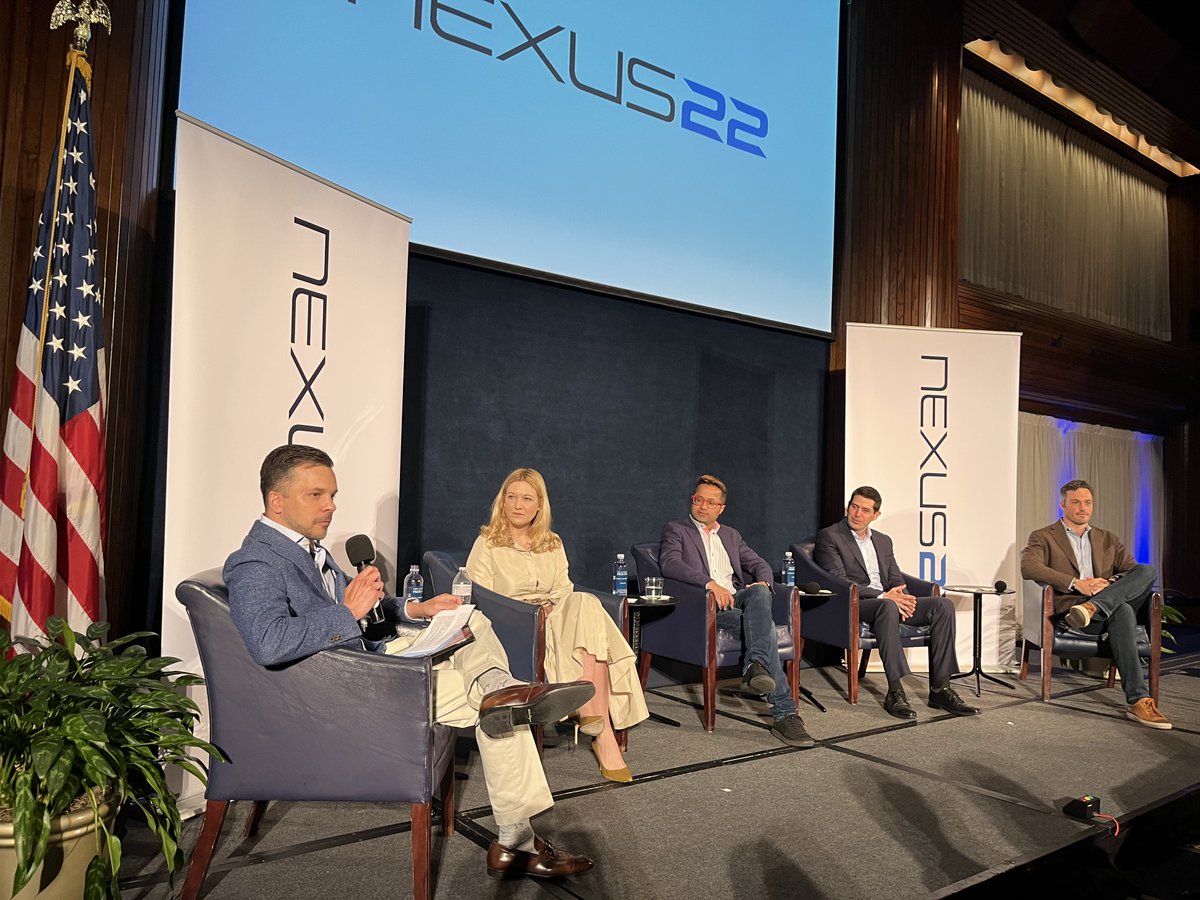 On May 17, 2022, Applied Intuition, in collaboration with the Atlantic Council’s Scowcroft Center for Strategy and Security, hosted the Nexus 22 symposium in Washington, D.C. The event featured Second Front Systems’ CEO and Co-Founder Peter Dixon on a panel discussing the “Investment Landscape for Defense Autonomy.”

Nexus 22 is an “opportunity for senior leaders in the autonomy industry, the defense community, Congress, and the broader national security enterprise to come together and discuss critical issues at the intersection of national security and autonomy,” according to atlanticcouncil.org.

Rodriguez opened the segment with some statistics. The stats showed that over the past five years:

Boyle responded to the statistics by calling for optimism. She spoke about the rising interest in defense within Silicon Valley, and urged that investments should be made to companies with these interests to maintain the demand for entry into the defense market. Later on, Boyle would add that “five years in Silicon Valley land is 50 years compared to anything else, the acceleration that we are seeing is so extraordinary.” She emphasized the need to adapt with this pace of acceleration.

Sinai offered some wisdom on what it takes to scale from the moment a company is getting attention from government prospects to actual enterprise level operations. He credited the “bureaucratic cruft” as the main obstacle for companies. Sinai defined this bureaucratic cruft as the multitude of accreditation, security, and compliance processes in the Department of Defense (DoD) – Authority to Operate (ATO), International Traffic in Arms Regulations (ITAR), and Foreign Ownership, Control, or Influence (FOCI) to name only a few – that venture-backed companies have to navigate to compete with the Defense Industrial Base (DIB).

Zuberi pointed out that not all start-ups are small businesses, and that not all venture-backed start-ups are seeking small grants, and research and development (R&D) funding as much as they are seeking customers. “Applied Intuition has raised a lot of money, these are companies that are very well funded because they can find customers on the other side, and I think we have to figure out how to make that transition so that it doesn’t stay in the R&D phase,” Zuberi concluded.

Dixon followed up with an emphasis on the relevance of SBIR contracts and R&D funding. “I know VCs are often telling companies 'look, don't bother with SBIR,’ and I actually disagree with that pretty strongly,” said Dixon. He added that, especially during this economic climate, SBIR funding can be very useful, but that VCs must not confuse it with revenue.

Dixon continued talking about what venture-backed companies need to be successful in the defense market. He narrowed it down to two key aspects: ATOs and production contracts.

When asked how he made the value proposition for Second Front Systems to his investors, Dixon replied that it might be difficult for him to do so without criticizing the traditional defense industry and DoD. But he continued: “the average tech transition, how long it takes the traditional defense industrial base to produce software for the Pentagon, really for IT, is 105 months from RFI to initial fielding,” which is the problem Second Front Systems works to solve. “…Given that level of failure, this is a space that is ripe for disruption by commercial technology that can come in if we can remove the barrier for them to be able to do so.”

The panel discussion continued with intelligent firsthand insights into the defense investment space. Dixon left the founders in the audience with one closing piece of advice:

"I would just say don't get distracted by all the different things that are out there and all the the cul-de-sac and rabbit holes that you can go down, you just need two things to be successful: you need to nail your pilot and turn it into a production contract, and you need an authority to operate. You do those two things, and you will be fine."