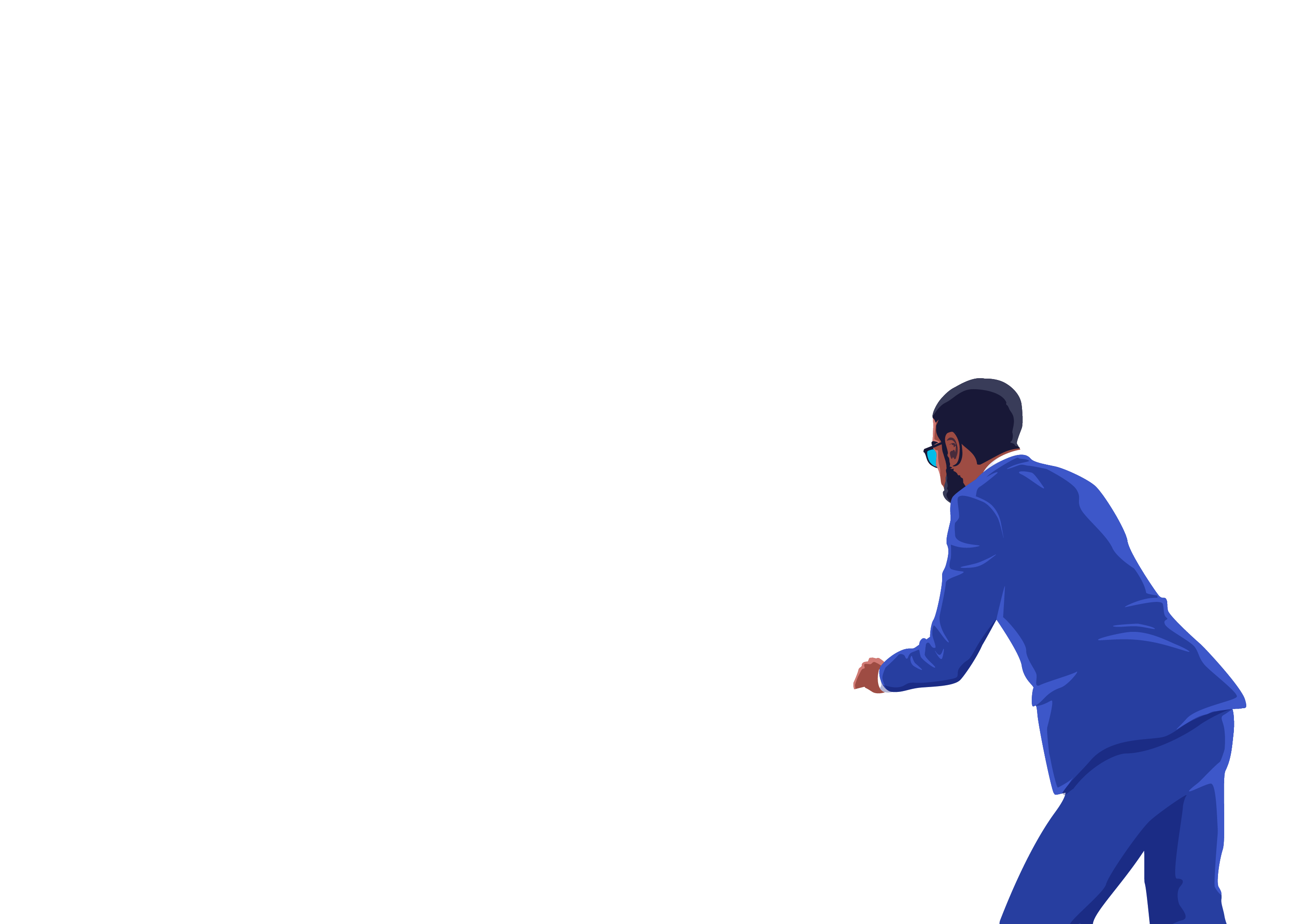 ABOUT US
CLOSING THE INDUSTRY-GOVERNMENT DIVIDE
Second Front Systems is a public benefit, venture-backed software company that equips defense and national security professionals for long-term, continuous competition for access to emerging technologies.
VIEW OUR HISTORY
MEET OUR TEAM
We’re here to
make an impact
for U.S. National Security

OUR MISSION
To accelerate the delivery of emerging technologies to U.S. and Allied warfighters.
OUR VISION
To enable enduring strategic advantage for the U.S. and its allies through agile, responsive acquisition warfare.

HISTORY
Our Story
While serving in the U.S. Marine Corps, our co-founders Peter Dixon, Mark Butler, and Nate Hughes saw firsthand the damages done by an outdated acquisition system to those on the frontlines of defending our country. To address this critical issue, they formed Second Front Systems as a public benefit corporation with the mission of accelerating the transition of technology to U.S. and Allied warfighters. 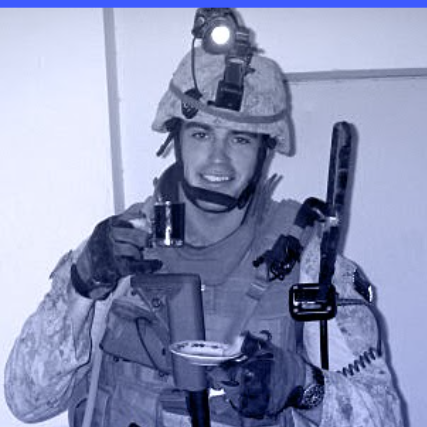 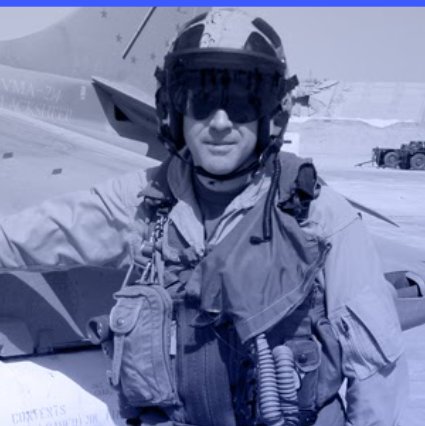 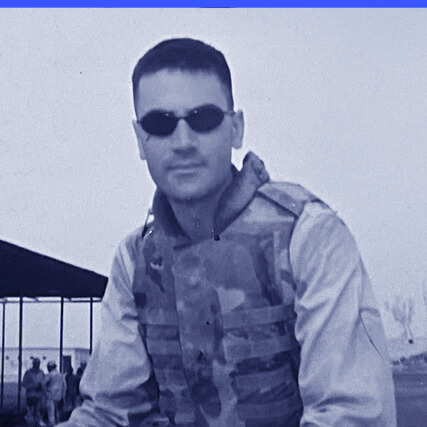 OUR TEAM
Our team is comprised of trailblazers dedicated to bridging the gap between the government and private sector.
OUR TEAM
BOARD MEMBERS 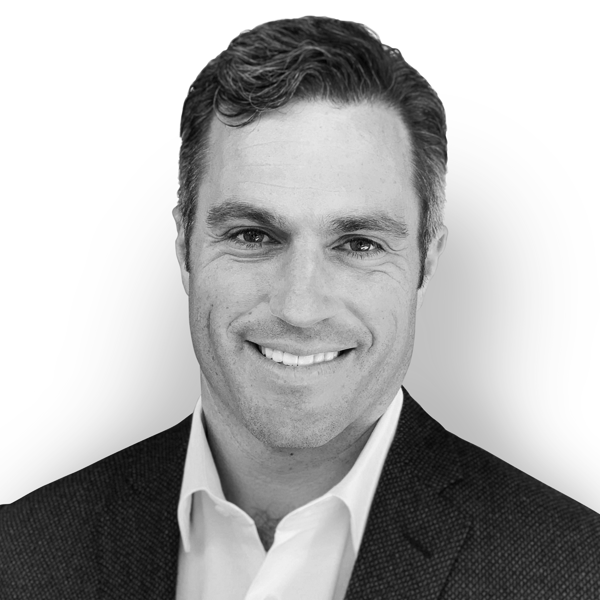 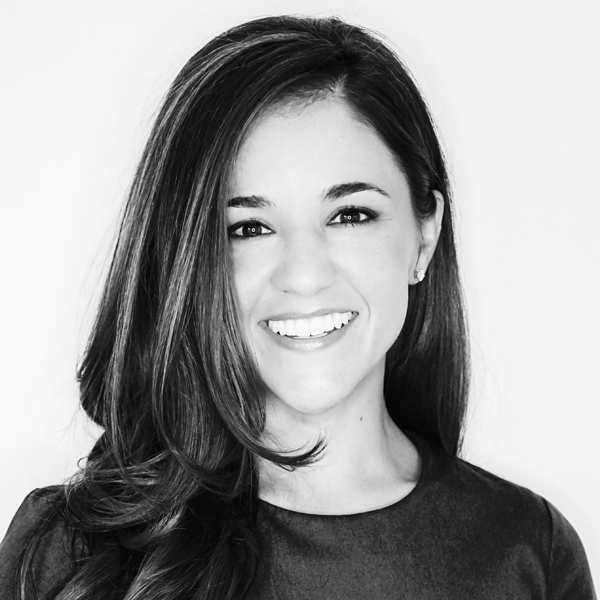 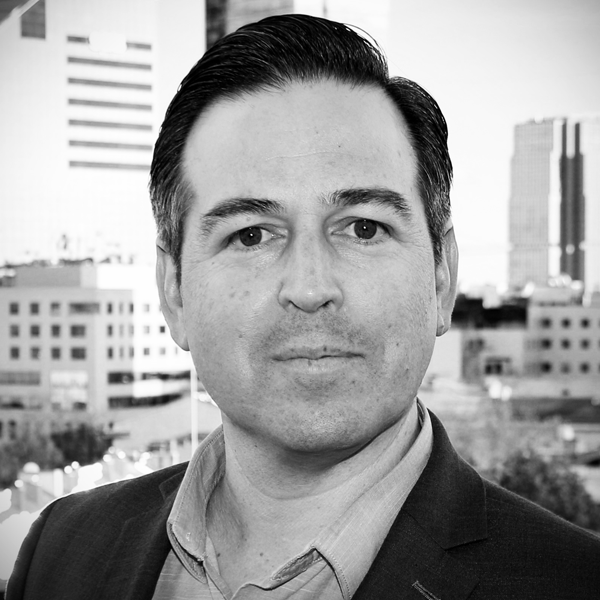 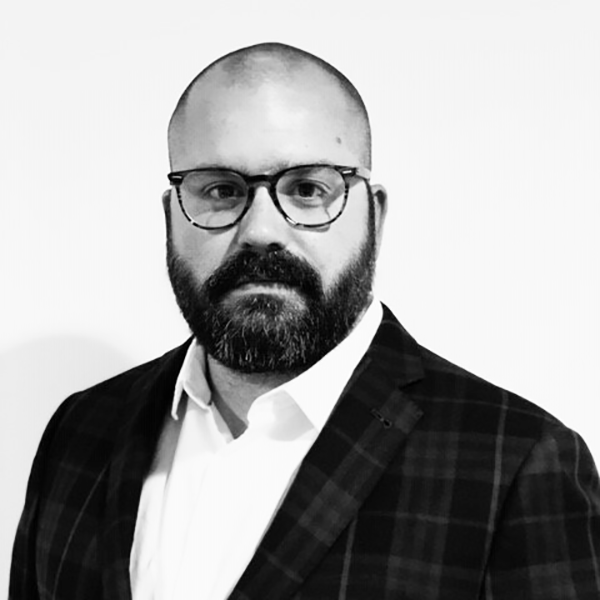 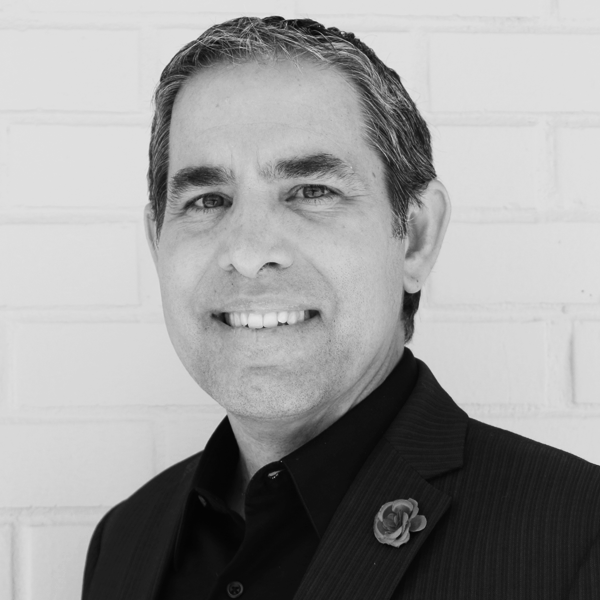 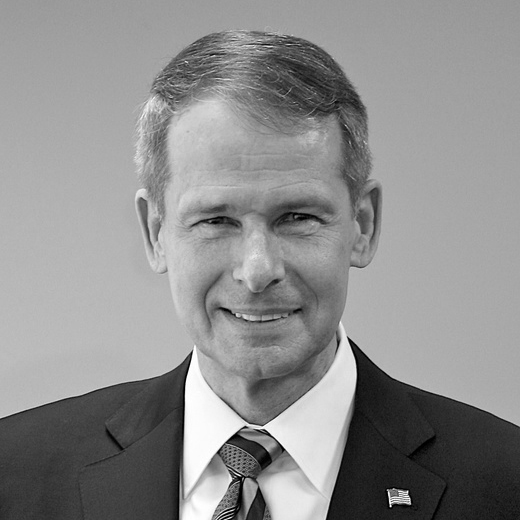 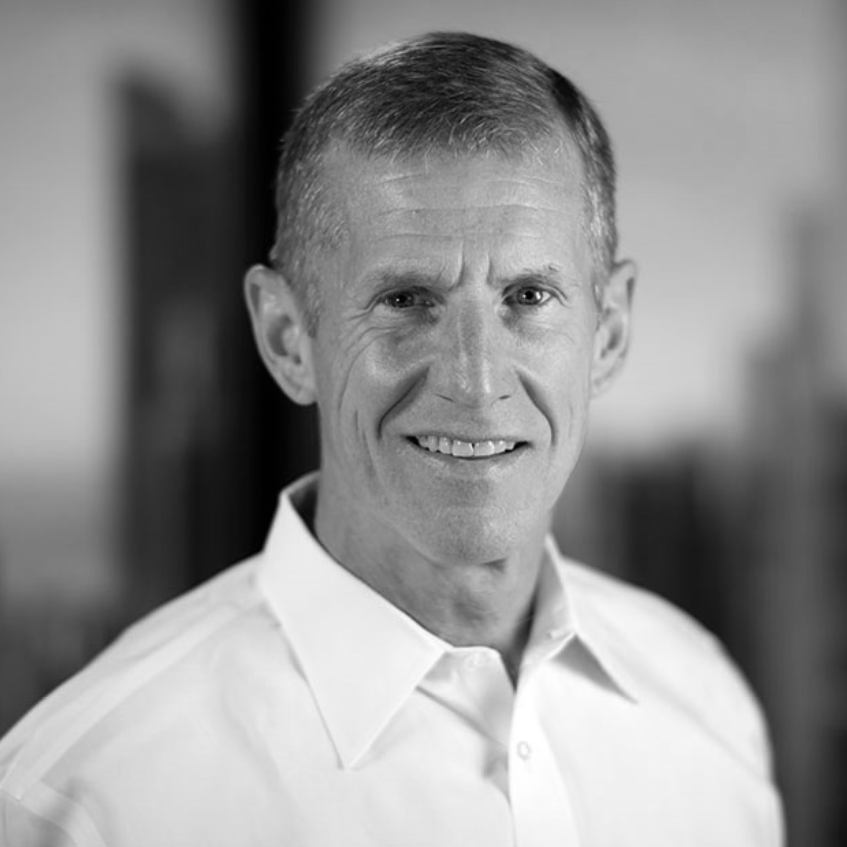 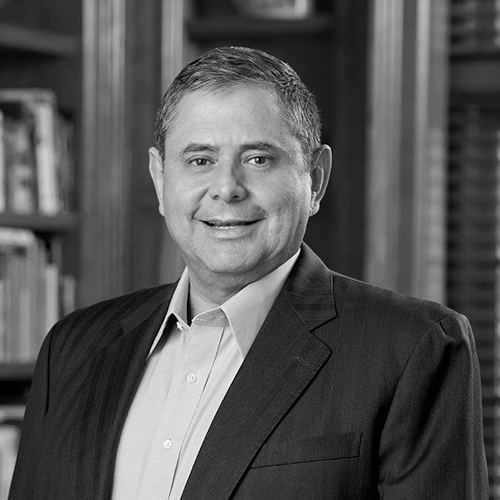 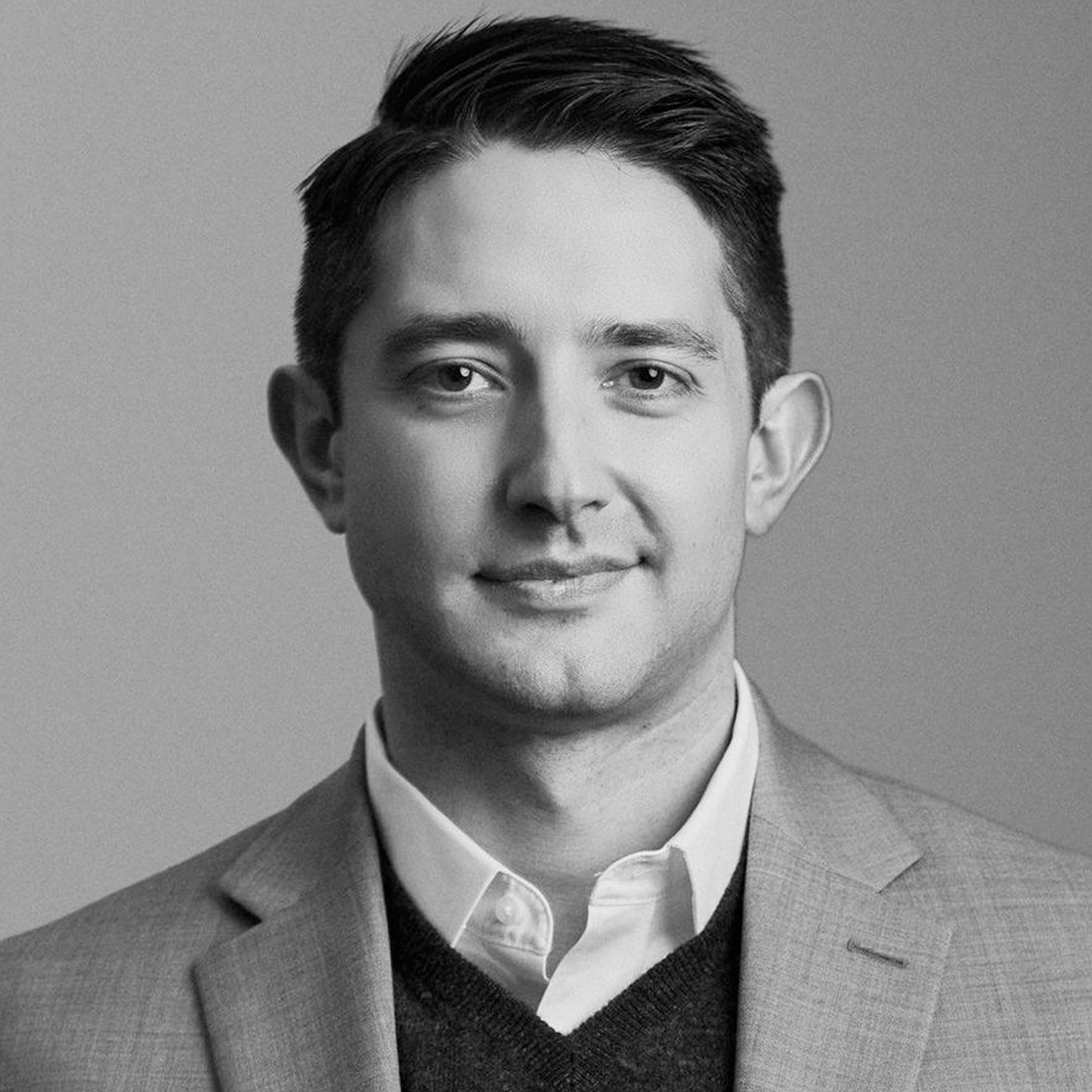 Austin Walne is a Partner at Artis Ventures focused on investing in breakthrough technologies, primarily at the convergence of technology and biology. Before Artis Ventures, he advised institutional investors in the secondary market for private company shares and held positions in software development and product management in a variety of sectors.

Previously, he managed political and public affairs campaigns at the state and federal level for candidates, interest groups, and corporations including serving as digital director for a major presidential campaign. Austin serves as a Board Director of Second Front Systems and is a Board Observer at Locus Biosciences.

Previously, he was a Board Director at Stringify and a Board Observer at Looksharp. Austin received his B.A. in Communication Studies from the University of Tennessee and holds FINRA Series 62, 63, 65 licenses.

Alberto is one of the pioneers of the cybersecurity industry (founder enCommerce in 1995) and has played significant roles as a serial entrepreneur, public company CEO, board member and venture capital investor. He is recognized as one of the leading investors in cybersecurity and for his company building skills.

Alberto spent 10 years at Apple, 2.5 years at Oracle and was CEO of enCommerce, Entrust and Thor Technologies. He co-founded ForgePoint Capital in 2015.

A transformational leader with a remarkable record of achievement, General Stanley A. McChrystal was called “one of America’s greatest warriors” by Secretary of Defense Robert Gates. He is widely praised for launching a revolution in warfare by leading a comprehensive counter-terrorism organization that fused intelligence and operations, redefining the way military and government agencies interact.

The son and grandson of Army officers, McChrystal graduated from West Point in 1976 as an infantry officer, completed Ranger Training, and later Special Forces Training. Over the course of his career, he held leadership and staff positions in the Army Special Forces, Army Rangers, 82nd Airborne Division, the XVIII Army Airborne Corp, and the Joint Staff.  He is a graduate of the US Naval War College, and he completed fellowships at Harvard’s John F. Kennedy School of Government in 1997 and at the Council on Foreign Relations in 2000.

From 2003 to 2008, McChrystal commanded JSOC - responsible for leading the nation's deployed military counterterrorism efforts around the globe. His leadership of JSOC is credited with the 2003 capture of Saddam Hussein and the 2006 location and killing of Abu Musab al-Zarqawi, the leader of al-Qaeda in Iraq. In June 2009, McChrystal received his fourth star and assumed command of all international forces in Afghanistan.

Since retiring from the military, McChrystal has served on several corporate boards of directors, that include Deutsche Bank America, JetBlue Airways, Navistar, Siemens Government Technologies, Fiscal Note, and Accent Technologies. A passionate advocate for national service, McChrystal is the Chair of the Board of Service Year Alliance, which envisions a future in which a service year is a cultural expectation and common opportunity for every young American. He is a senior fellow at Yale University's Jackson Institute for Global Affairs, where he teaches a course on leadership. Additionally, he is the author of the bestselling leadership books, My Share of the Task: A Memoir, Team of Teams: New Rules of Engagement for a Complex World, and Leaders: Myth and Reality.

General McChrystal founded the McChrystal Group in January 2011. Recognizing that companies today are experiencing parallels to what he faced in the war theater, McChrystal established this advisory services firm to help businesses challenge the hierarchical, “command and control” approach to organizational management.

General Peter Pace retired from active duty on October 1, 2007, after more than 40 years of service in the United States Marine Corps.

General Pace was sworn in as sixteenth Chairman of the Joint Chiefs of Staff on Sep. 30, 2005. In this capacity, he served as the principal military advisor to the President, the Secretary of Defense, the National Security Council, and the Homeland Security Council. Prior to becoming Chairman, he served four years as Vice Chairman of the Joint Chiefs of Staff. General Pace holds the distinction of being the first Marine to have served in either of these positions.

Born in Brooklyn and raised in Teaneck, NJ, General Pace was commissioned in June 1967, following graduation from the United States Naval Academy. He holds a Master of Science Degree in Administration from George Washington University, attended the Harvard University Senior Executives in National and International Security program, and graduated from the National War College.

In June, 2008, General Pace was awarded the Presidential Medal of Freedom, the highest civilian honor a President can bestow.

General Pace is currently serving on the Board of Directors of several corporate entities involved in management consulting, private equity, and cybersecurity. He has served on the President’s Intelligence Advisory Board, and the Secretary of Defense’s Defense Policy Board. From 2008 to 2010, he served as leader-in-residence and the Poling Chair of Business and Government for the Kelley School of Business, Indiana University, and as a Distinguished Visiting Research Scholar for Fordham University from 2011 to 2017. General Pace donates his time to teach at numerous professional military education programs, to include the Marine Corps and other services’ war colleges, and every class of Marine second lieutenants at The Basic School.

General Pace is associated with a number of charities focused on supporting the troops and their families, to include: He is a long-standing member of the Board of Directors for the Marine Corps Law Enforcement Foundation, a charity that provides scholarship bonds to children of Marines or Federal law enforcement personnel who were killed while serving our country. He is the senior military adviser to the President George W. Bush Institute’s Military Service Initiative, which works to empower communities, military service organizations, businesses, and universities to support veterans and their families. He and his wife Lynne are longtime supporters of the Fisher House Foundation, which builds homes near VA and military medical centers, offering military families a place to stay while a loved one is receiving treatment; and they are both on the advisory board for Our Military Kids, an organization that supports children of deployed Guard and Reserve personnel with tutoring and enrichment activities.

General Pace and his wife, Lynne, have a son, Peter; a daughter, Tiffany; a daughter-in-law, Lynsey Olczak Pace; and three grandchildren, Linden, Hadley, and Holden Pace.

Enrique Oti is the Chief Technology Officer of Second Front Systems, a company focused on providing accelerated access to emerging “dual-use” technology being developed by venture-backed companies in a range of areas, including cybersecurity, advanced analytics, machine learning, and open-source intelligence.

Prior to joining Second Front, Enrique had a 23-year career in the U.S. Air Force, during which he served in multiple assignments as a cyber warfare officer and China Foreign Area Officer. Enrique commanded an intelligence support squadron in Korea, and was a co-founder of the Defense Innovation Unit in Silicon Valley. He founded the Kessel Run software development program, and in his final assignment he was the commander of Air Force Lifecycle Management Center Detachment-12 (Kessel Run).

Enrique earned a BS in History from the U.S. Air Force Academy, an MS in Strategic Intelligence from the Joint Military Intelligence College, and an MA inInternational Relations from Zhejiang University in China, where he studied as an Olmsted Scholar.

Tyler is the Chief Revenue Officer at Second Front Systems, where he works to break down barriers between innovative technologies and national security organizations. Tyler is also a technical advisor at Pallas Advisors, a member of the national security advisory board at CalypsoAI, an advisor at GovCity, an advisor at Outland, and works with multiple early stage companies and entrepreneurs.

Previously, Tyler was the Head of National Security for CalypsoAI, securing first revenue and growing YoY sales over 800%, driving the team through a successful A round of funding. Additionally, Tyler founded and sold consulting firm Future Tense and worked at futurist consulting firm Toffler Associates where he led the emerging technology and security practice. A graduate of the United States Military Academy at West Point, Tyler is a former military Officer.

Michael Neumann is the Chief Data Scientist for Second Front Systems.  Michael strives to position Second Front Systems as the premier partner for facilitating informed and secure acquisitions that drive the Department of Defense and Intelligence Community towards being more proactive, machine driven, and integrated across business lines and data stores.

Michael holds multiple degrees from the University of Southern California, to include a Graduate Certificate in Geographic Information Science, a Masters of Science in Geology , and  Bachelor of Science in Physical Science, Chemistry Minor.  He is a licensed United States Coast Guard Captain.

While focused on accelerating the cycle of innovation that enables the Department of Defense and United States Government to access and operationally deploy emerging technologies, Chrissy has recently helped drive a successful $8.2 million Seed Round of funding for Second Front Systems. Additionally, Chrissy has her undergrad and MBA degrees from The University of Notre Dame, currently sits on the Board for Christ Child Society, and advises various technology startups.

Peter Dixon is the CEO and Founder of Second Front Systems, a venture-backed defense company building the next-generation acquisition platform and secure software factories for America’s armed forces. He is a co-founder of With Honor, a cross-partisan initiative that was successful in electing 19 veterans to Congress.

Peter has worked in military venture capital, ran the federal practice at cybersecurity firm ThreatMetrix, helped to stand-up Defense Innovation Unit (experimental), and is a visiting fellow at George Mason University’s National Security Institute. A former major in the U.S. Marine Corps, Peter left active duty at the Pentagon where he led an initiative to identify geopolitical shifts and rapidly transition disruptive technology to the battlefields of today and tomorrow.

As a special advisor at the State Department he worked to combat cartel violence in Mexico, mass rapes in the Democratic Republic of the Congo, and corruption in Afghanistan. Peter was a combat advisor to Iraqi security forces on the Syrian border and had the privilege to lead platoons of incredibly courageous scout sniper and infantry Marines in Afghanistan during intensive ground operations. Peter graduated from the University of North Carolina at Chapel Hill where he was a vice-president for Carolina for Kibera, a non-profit organization that prevents ethnic violence through community-based development in the Kibera slum of Nairobi, Kenya. He lives in Portola Valley, CA with his wife Gina.